Sundown syndrome — also called sundowners or sundowning — is a set of neuropsychiatric symptoms occurring in up to 66% of older adults with mid-to-late stage Alzheimer’s or other forms of dementia. Sundowning isn’t a disease, but a group of symptoms that can occur at a specific time of the day. The term ‘sundowning’ was coined due to the timing of when the confusion sets in – those who suffer from the syndrome are likely to experience symptoms late in the afternoon and spanning into the night. If you think your loved one is experiencing the syndrome, look for signs of sundowning in the late afternoon and early evening. Signs can include increased confusion, anxiety or behaviors like pacing, wandering or yelling. Behavioral symptoms associated with sundown syndrome, such as repeated waking during the night and wandering, can be especially distressing if you’re caring for someone with sundowners. If your loved one becomes agitated, listen calmly to their concerns and frustrations. It can also be helpful to reassure the person that everything is OK, and also to try and distract them from stressful or upsetting events.
Here are 4 ways to ease sundowners syndrome symptoms

Exact causes of sundowning are unclear, but according to one research review the syndrome includes “a constellation of emotional, cognitive, behavioral, and motor dysfunction” that varies from patient to patient. Sundowning syndrome in the elderly is thought to be associated with impaired cognition and impaired circadian rhythm, which is responsible for our sleep-wake cycle. The appearance of sundowning symptoms frequently signals a progression from early stages of Alzheimer’s disease to more serious deterioration of cognitive function.

What are the early signs of Sundowners Syndrome

Unique to sundowning is an incremental appearance or worsening of symptoms in the afternoon and evening, sometimes lasting well into the night. Early signs of sundowners syndrome include restlessness and agitation, irritability, confusion, disorientation, suspiciousness, and becoming demanding. As the condition progresses, these symptoms become more pronounced and more regular. Sundowners symptoms may be worse during fall or winter months, and can include the following:

Diagnosis of sundown syndrome is based solely on a recurring presentation of symptoms. There are currently no laboratory or imaging tests that can determine if someone with Alzheimer’s or dementia is experiencing sundowners syndrome. Each person usually has different triggers for sundowning. To help identify your loved one’s triggers, use a journal or smartphone app to document the behaviors and exact symptoms, recording the time when they occur, noting any patterns that emerge and including information such as:

How to Reduce & Treat Sundowner Symptoms

There are a number of ways to reduce symptoms in sundown patients and to help them feel more comfortable. It may take a bit of trial and error as individual needs are unique and needs may change frequently. “What we encourage caregivers to do is try a number of different strategies to see what works,” says Krista Frazee, manager of regional services for the Alzheimer Society of B.C. Frazee outlines several strategies for easing common sundowning symptoms:

Some patients may get to late afternoon or early evening after a long day and “lose the ability to self-monitor or control the frustration and anxiety that comes along with the disease,” says Frazee. To alleviate fatigue, it may help to let the patient nap whenever they feel the need to sleep.

“Some [experts] believe our bodies are supposed to sleep during the night and be awake all day,” she continues. “But there are changes in rhythm with dementia, so if a person is tired mid-afternoon and it alleviates sundowning symptoms when they wake up, allow them to have a quiet nap where it’s convenient and comfortable for them.” You’ll know if this is a good strategy if the person wakes up feeling better and is still able to get to sleep at night.

Keep in mind that the opposite can occur for some individuals. If a nap interrupts sleep at night, it may be necessary to reduce or shorten daytime sleeping. Strategies could also include eliminating caffeine after a certain hour, and reducing anything that might be stimulating in the evening. Other ways of alleviating fatigue is through aromatherapy & exercising. Read more in our Aromatherapy Can Help Relieve Sundowning Symptoms blog 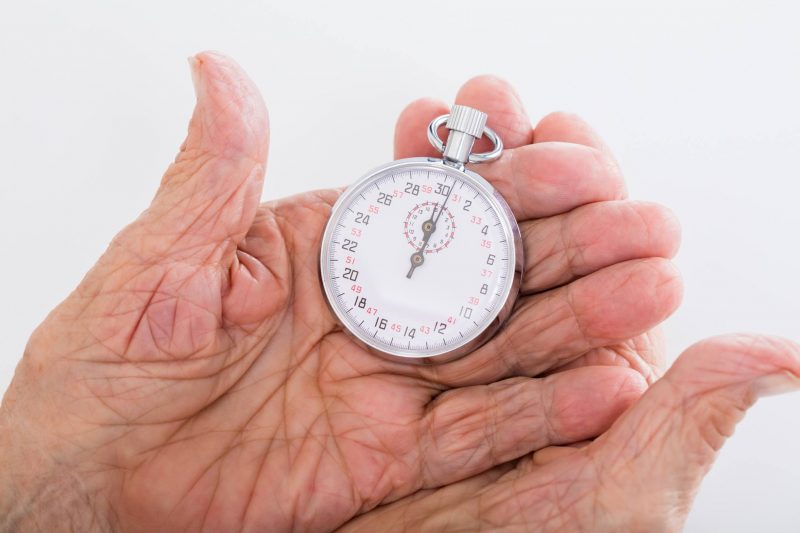 One theory about the cause of sundown syndrome is that the brain no longer processes environmental stimuli the way it once did. Frazee says that it’s, “similar to when you’re driving when the sun’s just setting and your brain is having a hard time adjusting.”

To counteract this, increase the amount of overall light in the room, whether it’s artificial or natural lighting. Studies have suggested that light therapy can reduce agitation and confusion in people with dementia – the Alzheimer’s Association suggests brightening the lights when your loved one feels confused or agitated. Opening windows or moving patients to brighter locations is helpful, as long as the sunlight is not too bright or direct.

Those caring for a family member with sundown syndrome may try to change the patient’s behavior. “They try to make the person do something that will make them feel better,” Frazee says. “And in fact what that does is it often makes it worse, because the person feels like they’re being told to do something or being controlled.”

Arguing or reasoning with the patient may also increase their agitation. “If the person wants to pace or wander, or wants to do something with their hands that’s repetitive,” Frazee continues, “give them somewhere safe to do that, or something safe to do that with.” The behavior or activity might not make sense to you, but it may be exactly what the person needs at that time to relieve their anxiety and stress.

A good formula to remember when dealing with sundowning symptoms, Frazee states, “is to validate, reassure, and distract.” This means it’s helpful to start by validating the person’s feelings. Say something like, “it sounds like you’re feeling really afraid or anxious right now, and that’s okay.”

Reassure them that everything will be alright, and do what you can to make them feel calm and comfortable. Then, distract them with something that they enjoy and find soothing. “When we talk about environmental triggers for behaviors,” Frazee says, “it’s as much about triggering negative behaviors or symptoms, so remove some of those triggers from the environment.”

Loud noises can be upsetting and some television shows — even talk shows and old westerns — might be frightening to someone with Alzheimer’s disease. Once you’ve eliminated negative triggers, add positive environmental factors. Frazee suggests playing classical music or putting on a television show about animals.

Get in touch with our Care Team to learn more about Nurse Next Door’s Alzheimer’s and Dementia care. Call us toll free at 1-877-588-8609.

What is Companionship Care? How does it benefit seniors?

How U.S. Veterans Can Access Their Home Care Benefits

Are you a Veteran? You could be eligible for more benefits than you think

Health Decisions: Why Choice is Important in Senior Care

6 Health Benefits of Gardening for Seniors