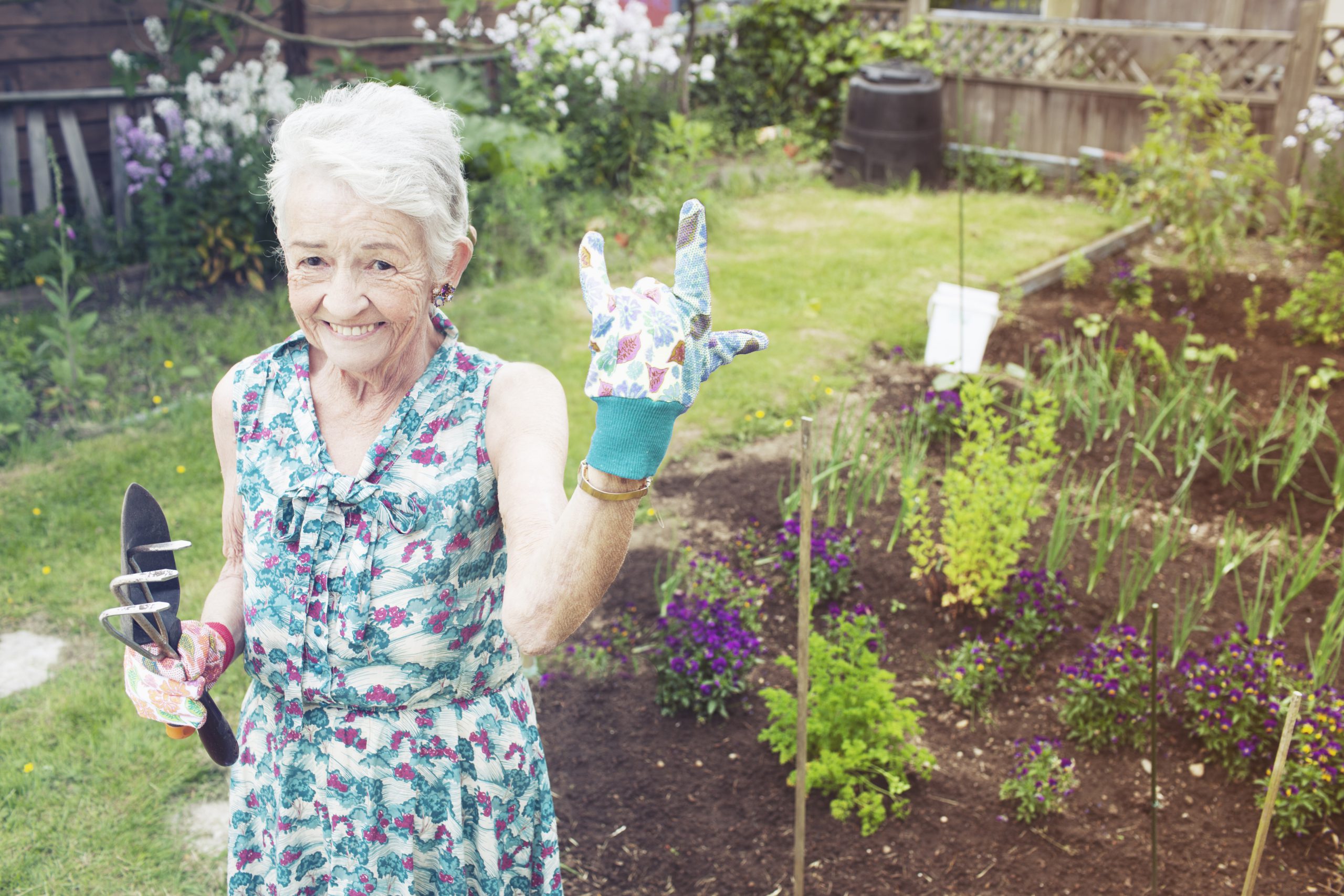 Today’s seniors are re-defining what it means to grow older, and there’s a growing trend towards happier aging — the idea that aging is to be celebrated.

At Nurse Next Door, we’re committed to helping older adults live their best lives. We’re here to empower older adults with the independence they need to keep doing the things they love.. Our professional home care services give seniors the assistance they need to enjoy their own homes and show the world that getting older doesn’t have to mean slowing down. By helping seniors reconnect with interests, hobbies and passions that might have been lost along the way, we’re able to bring joy to our clients and their families lives.

It’s not just our clients who are embracing all things Happier Aging. Today’s seniors are more engaged and connected than ever before, and that’s especially true when it comes to seniors who use social media. A recent study showed that 31% of Instagram users in the U.S. are over the age of 50, and many of these users are bringing their own version of Happier Aging to the spotlight.

Here are five instagram celebs who are showing that living your best life on social media has no age limit:: 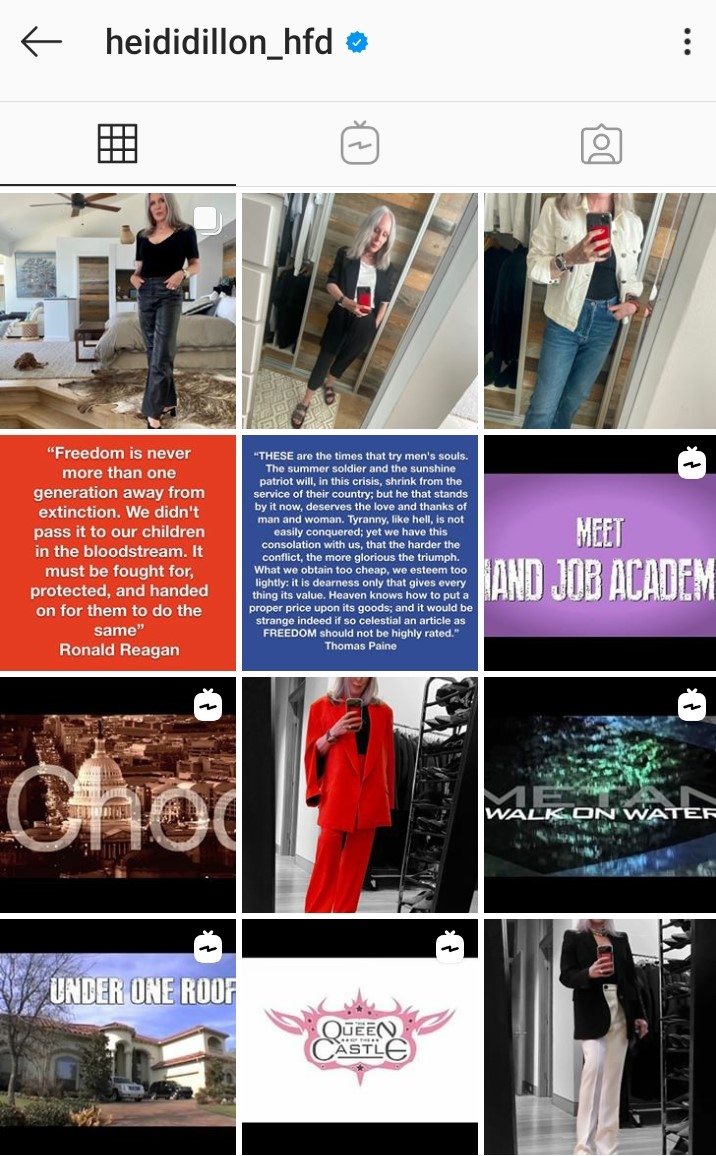 As a former TV producer, Heidi Dillon has always been one step ahead of the curve, and she’s leading the way for fellow retirees who want to make the most of their golden years. This Texas-born diva made headlines for embracing aging by allowing her previously-blonde hair to transform into her natural gray color, instantly gaining the admiration of fans from all age groups.

Dillon refers to herself as pro-age, a popular term for those who are bucking the negativity that’s often associated with getting older. Heidi’s positive outlook on life and natural beauty landed her deals with a number of top-tier beauty and fashion brands, including the skin care line Natura Bisse, niche clothing label Net-a-Porter and Richy Hair. According to Dillon, her personal fashion style is “Viking warrior diva” — a tongue-in-cheek nod to her Norwegian heritage. 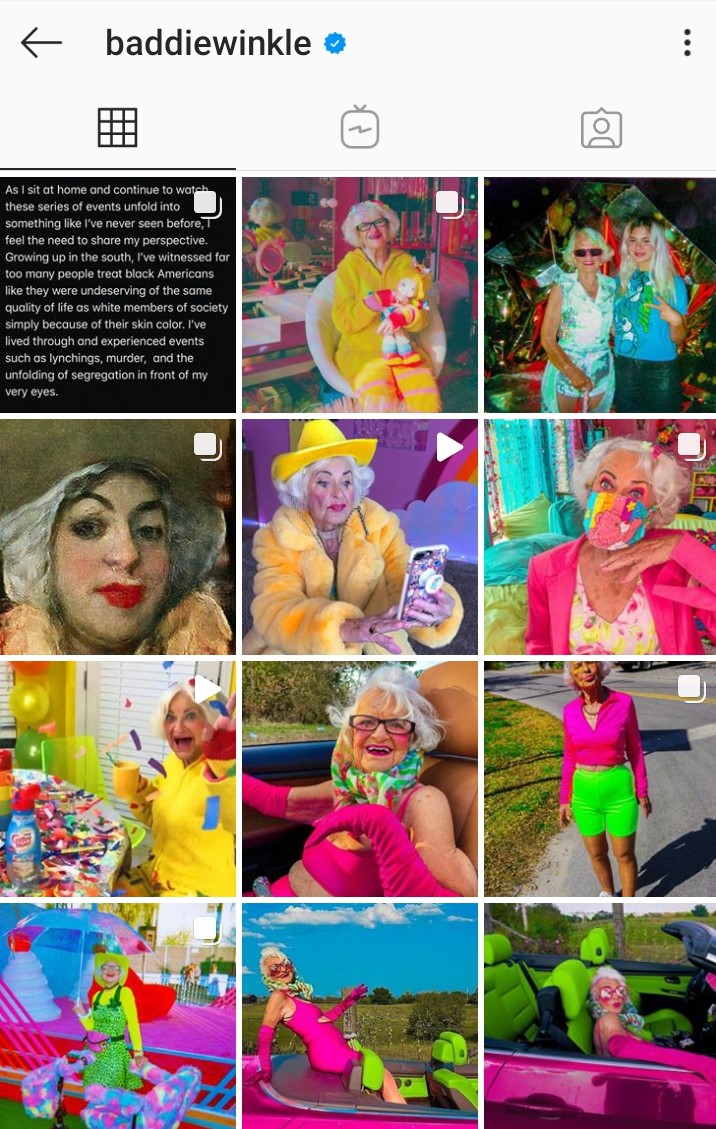 Baddie Winkle, also known as Baddiwinkle, is a fun-loving Kentucky native who is absolutely crushing her retirement years. With about 4 million followers on Instagram, this internet sensation was born in 1928, making her one of the oldest influences online — a fact that Winkle embraces with open arms. This cheeky senior is known for her love of all things neon, and many of her pics feature her sporting day-glo pink outfits with sparkly accessories.

Her real name is Helen Ruth Elam, and Baddie’s social media tag line “Stealing Your Man Since 1928” has become a favorite saying among her followers, many of whom are 60 or 70 years her junior. Baddie is fiercely independent, much like our clients at Nurse Next Door! 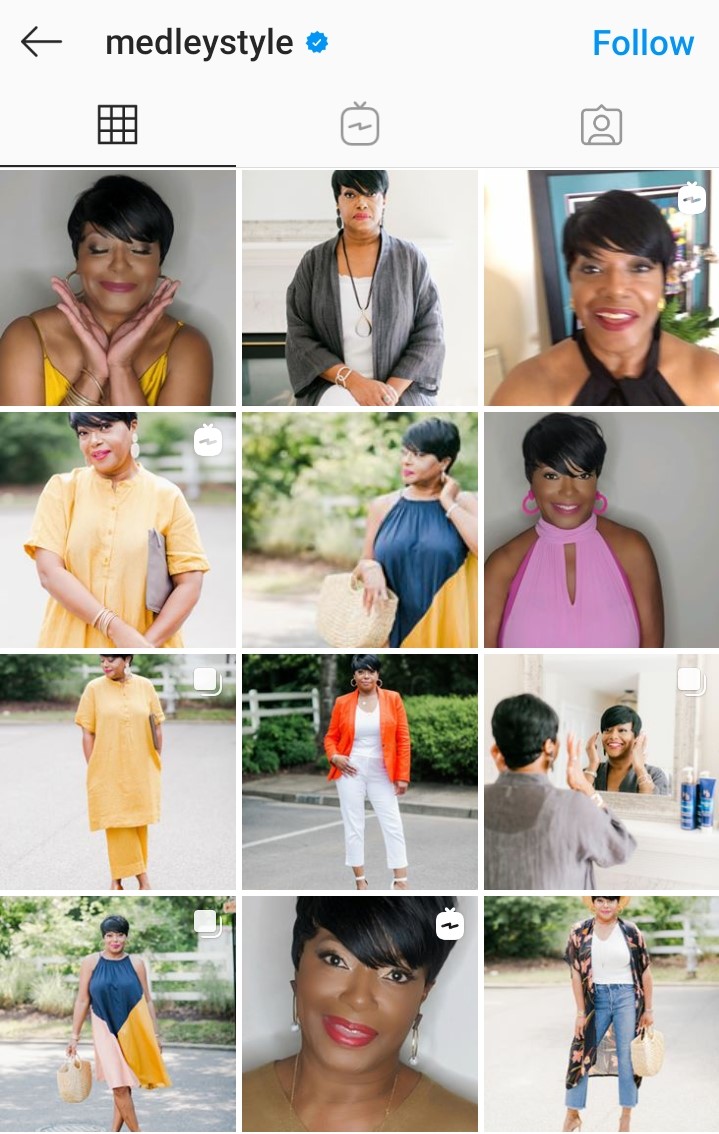 Take one look at Janie Medley’s instagram feed, and it’s easy to see that this 60-something makes taking care of herself a priority. She’s loved for her stylish, approachable looks, infectious smile and undeniable grace.

While most people her age are thinking about winding down their careers, Ms. Medley is embracing her age and showing the world just how fabulous seniors can be. As a lifelong fashionista and an Instagram influencer, she’s making the most of her fame with sponsorship deals from cosmetic companies, guest blogging on fashion websites, and making the rounds with local and national media outlets.

Best known for his role as Lieutenant Hikaru Sulu on the original Star Trek television series filmed during the 1960s, George Takei has amassed over a million followers on his Instagram feed. While Takei became famous for his role on the sci-fi series, since then he’s re-invented himself as a political activist, influencer and champion for social justice causes.

Takei made headlines in October, 2005 when he publicly revealed that he is gay in response to California’s governor Arnold Schwatzenegger’s veto of the state’s proposed same-sex marriage legislation. Born in 1937, Takei quickly became a leader in the fight for gay rights and marriage equality in California and throughout the United States, and along with his husband Brad Altman, Takei became a staple at gay pride events throughout the nation.

These days, Takei’s Instagram feed is a mix of political statements, LGBTQ+ information and humor, much of which is geared towards Star Trek fans. 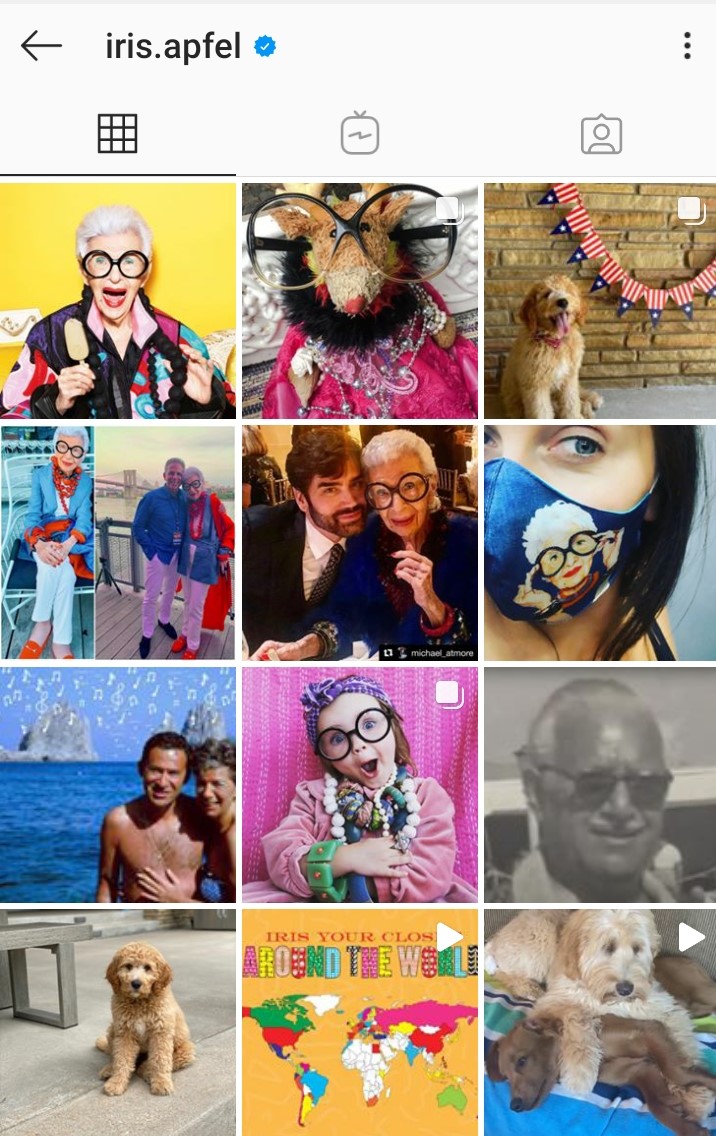 With a tagline that reads, “More is more & less is a bore”, Iris Apfel is a must-follow senior who has nearly one and a half million Instagram followers. Apfel is nearing the century mark, but you wouldn’t know it by scrolling through her social media feed.

Known for her iconic, over-sized dark-rimmed circular glasses than frame her petite face, Apfel was born in 1921 in Queens, New York, As the only child of a Russian-born fashion boutique owner and a glass-and-mirror contractor, Apfel quickly developed a love for fashion, style and art. She studied art at New York University and the University of Wisconsin before launching a wildly successful career as an interior designer, and she’s worked on numerous restoration projects at the White House.

Just when others her age were settling into their retirement, Apfel ramped up her career by getting into the fashion business. She began buying artisanal clothes during her global travels, and wore the outfits at high-end parties. Her now-famous fashion style earned her a job as a visiting professor at the University of Texas at Austin, and in 2016, she signed promotional deals with a French automaker, Australian fashion brand and the tech startup WiseWear.

At the age of 97, Apfel signed on as a model with IMG, a global modeling agency. She continues to embody happier aging as she approaches her 100th birthday, and in true form, Apfel is re-defining what senior life can look like.

At Nurse Next Door, we’re the experts in Happier Aging. Our team of professional, compassionate caregivers are proud to play a part in helping seniors live their best lives, regardless of their age. To learn more about how we can help you or your loved ones continue to embrace the fun in life, visit nursenextdoor.com to book your free Caring Consult today.

Your Guide on How to Get Home Health Care for Parents

Stay up to date

Celebrate aging with us! Get the latest news in home care, and access to exclusive tips on Happier Aging.

Get Started with a free consult